Do you have a hard time in performing your best regarding gaming? Maybe your computer can’t keep up with your game’s graphics, leading to lagging or hanging. Or is the processor too old and outdated for today’s game requirements? Sometimes, those are the major problems your computer face when it starts slowing down. But have you ever checked your computer’s fan? They’re, after all, also responsible for your computer’s performance. Best PC fans are available out there. As they are important too, make sure to take care of them.

Electric components’ main function is to cope with extreme heat, and case fans are essential in computers. The heat causes the electronic components to wear out faster than usual, producing issues and possibly malfunctioning. CPU processors, for example, can grow quite hot (particularly when overclocked) and can down-clock, becoming less powerful if they get too hot. Graphic cards are another component of the PC that gets hot while gaming, especially in today’s graphically demanding games.

A decent, effective cooling system can improve your computer’s performance and lifespan. So in today’s Product Fight main event, these two case fans are now ready. So let’s check them out now! 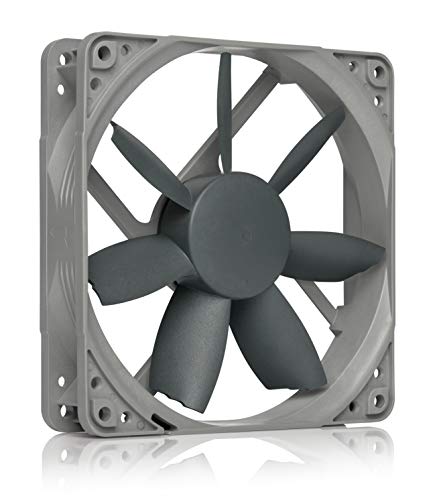 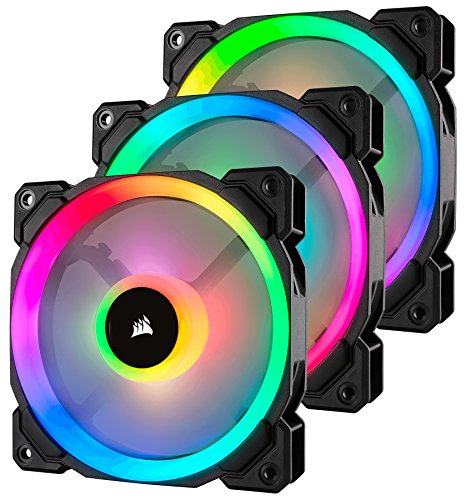 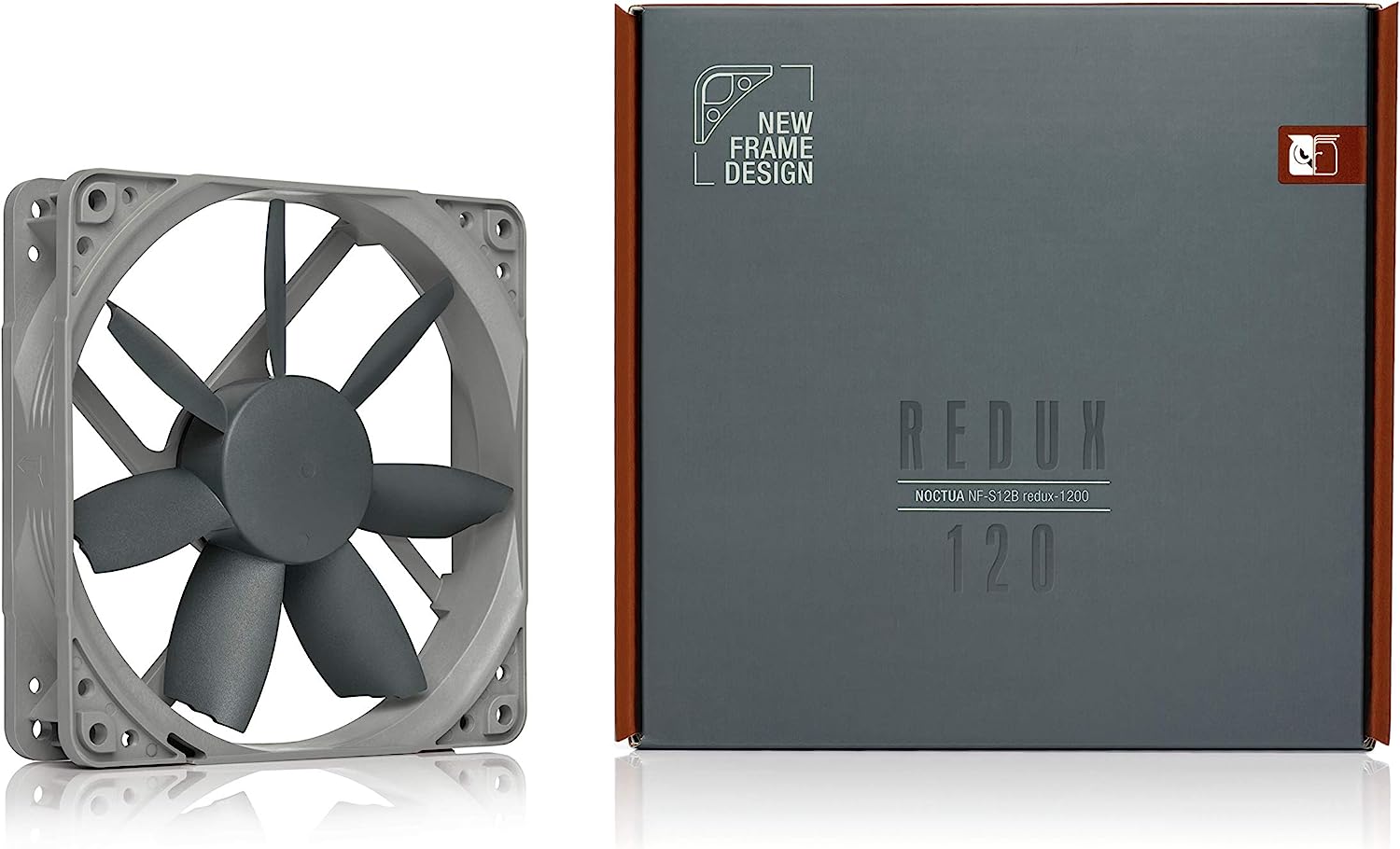 The Noctua NF-S12B redux has a very elegant and simple yet attractive-looking style of packaging. A packaging made entirely of sturdy cartons provides excellent fan protection and is painted in the signature grey/brown pattern series. The company logo, fan size, series, name, and model name are all printed on the front panel of the package, while the entire technical data detailing of the product are printed on a white label on the rear of the box.

The Noctua NF-S12B redux is a premium fan of the redux series. The NF-S12B redux from Noctua is based on the NF-S12B FLX. The fan is made with a square, plastic frame that measures 120 x 120 x 25mm and is completely painted in light grey. It is designed to be installed on a 120mm case fan slot, CPU cooler, or water cooling radiator compatible with 120mm fans, where its square shape ensures full coverage and best pressure performance.

The frame itself is attractive, but the pressure-optimized propeller is created with seven narrow and sharply angled blades for this model and was developed for high-impedance applications such as CPU coolers. The SSO-Bearing, which combines the proven principle of hydrodynamic bearings with an extra magnet to enable the self-stabilization of the rotor axis, is used to connect the motor and the propeller for the Noctua NF-S12B redux.

The SSO-Bearing technology is intended to provide extraordinarily silent operation and long life duration of up to 150 000 hours. SCD power and regulate, the fan is a 4-pin PWN IC. Smooth Commutation Drive technology is integrated into the PWM IC with the SCD control method, which suppresses PWM switching noises by providing smoother torque impulses. As a result, the product operates more quietly at lower speeds.

Moreover, the Noctua NF-S12B redux has a very unusual design paired with a very clean and attractive color scheme, which adds the sensation of rigidity by making the fan appear to be made of metal. With its performance and aesthetics, everyone may utilize this model with any modern system in a similar color scheme or a modding project that includes metal parts with a beautiful nickel coating. 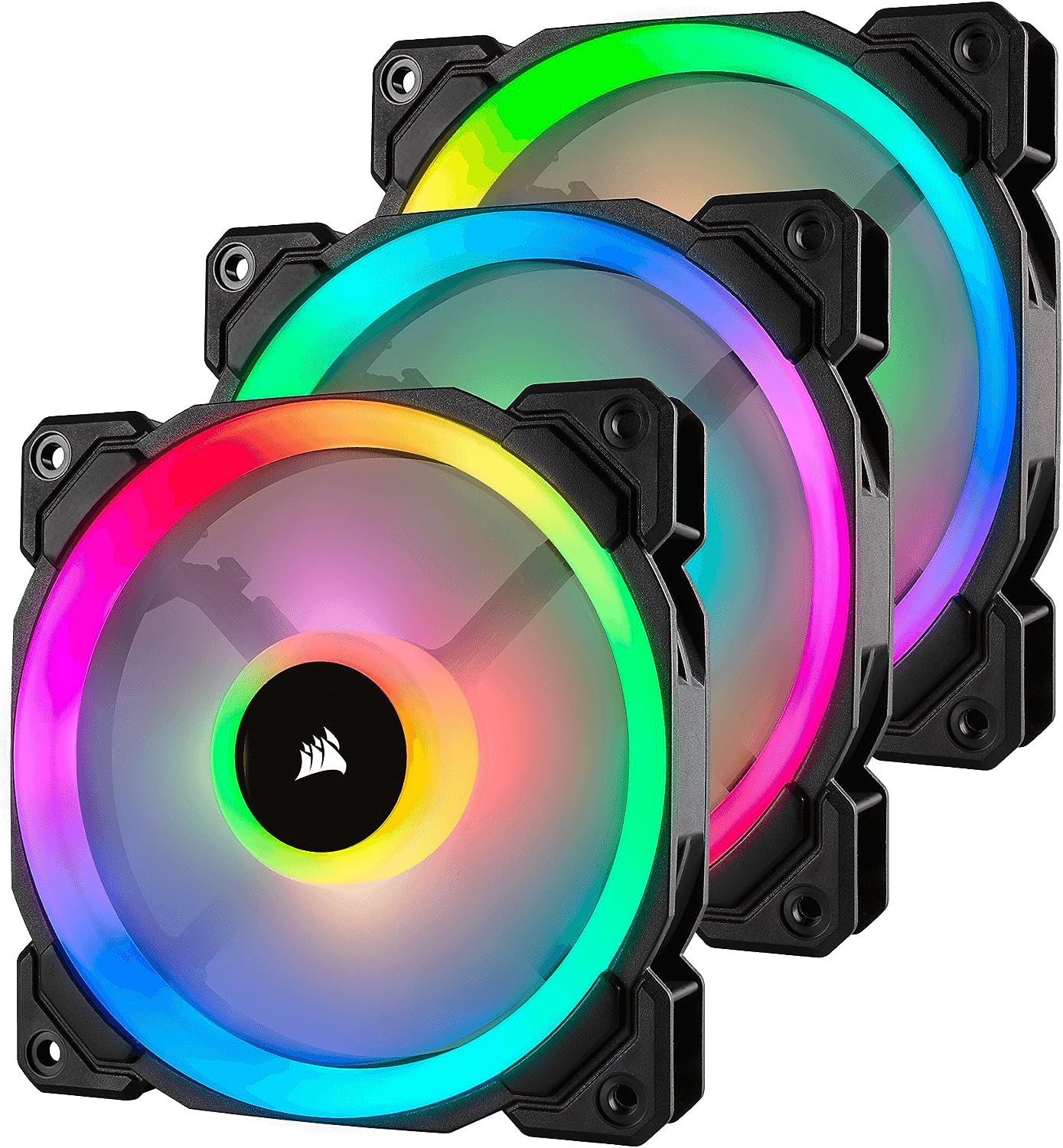 As the name suggests, the Corsair LL120 RGB fans have a loop of illumination built into their frame. In fact, for what is a double-loop design, there is a second loop around the central hub that contains extra LEDs. Corsair delivered a 120mm fan pack, the best value for money, and a full set for most people. The package includes three 120 mm fans and everything you’ll need to power and manage the lighting. If you need extra fans, you can purchase single packs of fans.

The Lighting Node Pro is a compact controller, measuring only 5.5x3x1.2 cm and featuring two LED channels. Each channel may handle four addressable RGB LED strips or up to six LL/HD/SP RGB fans and extension cable through the relevant fan LED hub. As a result, a single Lighting Node Pro may operate up to twelve separate LL120 RGB fans, for example, because the Lighting Node Pro has a female mini-USB 2.0 connector on the rear that uses the accompanying adapter cable, you’ll also need an internal USB 2.0 header on your motherboard.

A ring on the frame houses twelve addressable RGB LEDs, with another ring surrounding the hub housing four more LEDs. These are the same frost white hue of the same material and will diffuse light more evenly and effectively than other Corsair RGB fans with distinct light hotspots. The fans have a black and white color scheme, complementing PC DIY setups before the RGB LED modification.

Rubber pads on both sides of the case will assist any vibrations to and from the case. The rotor has nine blades with radiators in mind, which makes sense considering Corsair sells liquid coolers. Each fan draws 0.3 amps or 3.6 watts, the same as the LL140 RGB fans, though the LEDs separately and from the PSU. Each fan drew 0.182A at its maximum operational current or 2.18W.

Given that this is not a high-speed fan and bearing noise will be low than ball bearings, the LL120 RGB fans employ a hydrodynamic bearing, which could be the best option. They also have a higher MTBF than sleeve bearings, and while we would have preferred to see Corsair use their magnetic levitation bearings here, we shiver at the thought of how much more such bearings would cost.

The Key Difference Between the Two Fans

The PWM fan control of the Corsair LL120 RGB fan control allows the dynamic speed adjustment up to 600 RPM to 1,500 RPM, minimizing the noise and maximizing the airflow. The Noctua NF-S12B has a 1200 RPM with a 3-pin version with an excellent balance of performance and speed that can function with optional NA-SRC10 Low-Noise Adaptors or reduce the voltage.

The Corsair LL120 RGB has software control and customizable RGB lighting effects with the included Corsair lighting Node Pro or expands your RGB lighting with more RGB fans or RGB LED lighting strips. The Noctua NF-S12B has a streamlined redux edition with proven quality at an attractive price point and a wide range of optional accessories such as anti-vibration mounts, S-ATA adaptors, y-splitters, extension cables, etc.

Similarities Between The Two Fans

Corsair LL120 RGB: When up against a radiator with an average airflow limitation, the short blades cannot push as much air as most other fans. Due to reduced airflow, these fans are quieter than typical fans at greater fan speeds, resulting in less airflow noise. Slowing the fans down reduces their effective noise and performance. Thus, they gradually become noisier than other fans while still performing a better job of pushing air through. If you’re only concerned with performance, there are certainly better solutions.

Noctua NF-S12B: The frame itself is quite nice, but check out the optimized pressure propeller, which is designed with 7 fairly narrow and sharply angled blades for this model. The Noctua was developed for high-impedance applications such as CPU coolers, water-cooling radiators, or cases with tight fan grills, resulting in very high and stable airflow performance at very low noise levels. The blades themselves include the Noctua’s Bevelled Blade Tips Technology, eliminating key rotor/stator interactions while also extending the blades’ leading edges. The surface area of the blades automatically increases, resulting in quieter operation and forming a cornerstone of the fan’s efficiency.

Best Use of Each Fan

The Corsair LL120 RGB has addressable SMD RGB LEDs that work with most motherboard’s LED and lighting settings. The Corsair offers a slew of RGB products that employ two sets of lighting controllers and software drivers in addition to their own. Corsair Utility Engine is in charge of their gaming peripherals that most users want this feature for their collections and future computer equipment.

Apart from being a strong choice for the main CPU cooler, Noctua NF-S12B redux has a fan. It is also a fantastic choice for installing a case fan and set to PWM power and regulation. It will then provide a stable and silent operation while keeping the hot gear inside the case cool and quiet.

The classing NF-S12B is a long-standing favorite among enthusiasts worldwide. The Noctua is one of the best manufacturers of premium quality quiet cooling components. The new redux edition reissues an award-winning model in a streamlined. It is a budget-friendly design that focuses on the vital core: the NF-S12B premium fan.

The NF-S12B redux is a proven premium alternative that combines trusted Noctua quality at an attractive price point thanks to its industry-grade SSO-bearing, over 150 000 hours MTTF rating and full 6-year manufacturer’s guarantee. The 1200 RPM version is perfect for effective case ventilation and other applications requiring a balanced performance and quietness.

It makes no difference whether you use RGB lighting or not. It simply appears to be attractive. That is the entire point of Corsair LL120 RGB.

A computer fan’s principal function is to keep a computer tool. The CPU and other chips can get extremely hot—enough to fry an egg or cook some sausages inside the computer. Keeping the air flowing is vital unless the device uses a liquid-based cooling system. It’s as much about altering components to match your aesthetic needs. It is about performance and noise when you build your computer. You can get around the latter by using more fans. There’s no disputing the level of lighting customization available here. It earns the recommendation for individuals who value appearances because it offers something no other fan can.