We’ve evolved a lot since the late last century. From ancient civilization’s sundial to beautiful watches, all we can say is that we’re totally looking and maybe even living the future now. Sumerians invented sundials to track time by using the sun’s light to determine the duration of the daytime and nighttime. Just imagine the problems of needing the sunlight to determine the time. What if there’s no sunlight and the weather is rainy, there’s no telling what time it is then?

We’re so grateful for their discovery, truly. But we’ve moved past those humble beginnings and now, we’ve invented the Smartwatch. A smartwatch is a watch that is considered a mobile device with touch screen features and is designed to be worn on the wrist like any other regular wristwatch. But it does so much more that just any regular wristwatch, it will keep you updated on any trends without pulling the phone inside your pocket or bag.

In this article, we will discuss two of the newest Smartwatch releases that are now trending and popular. Also, they share both similarities and differences with each other. So, sit back, relax, and feast your eyes in these modern watches. 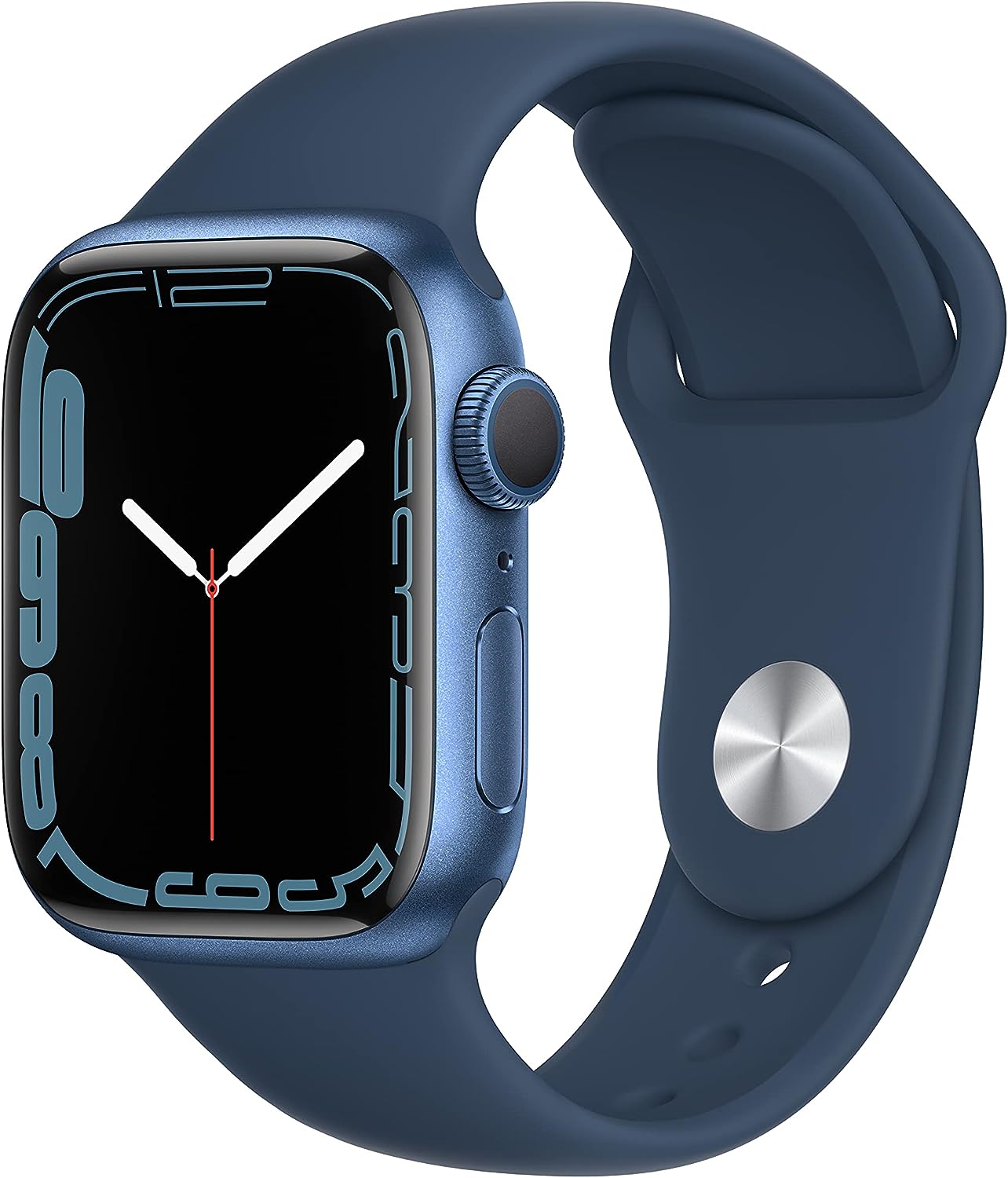 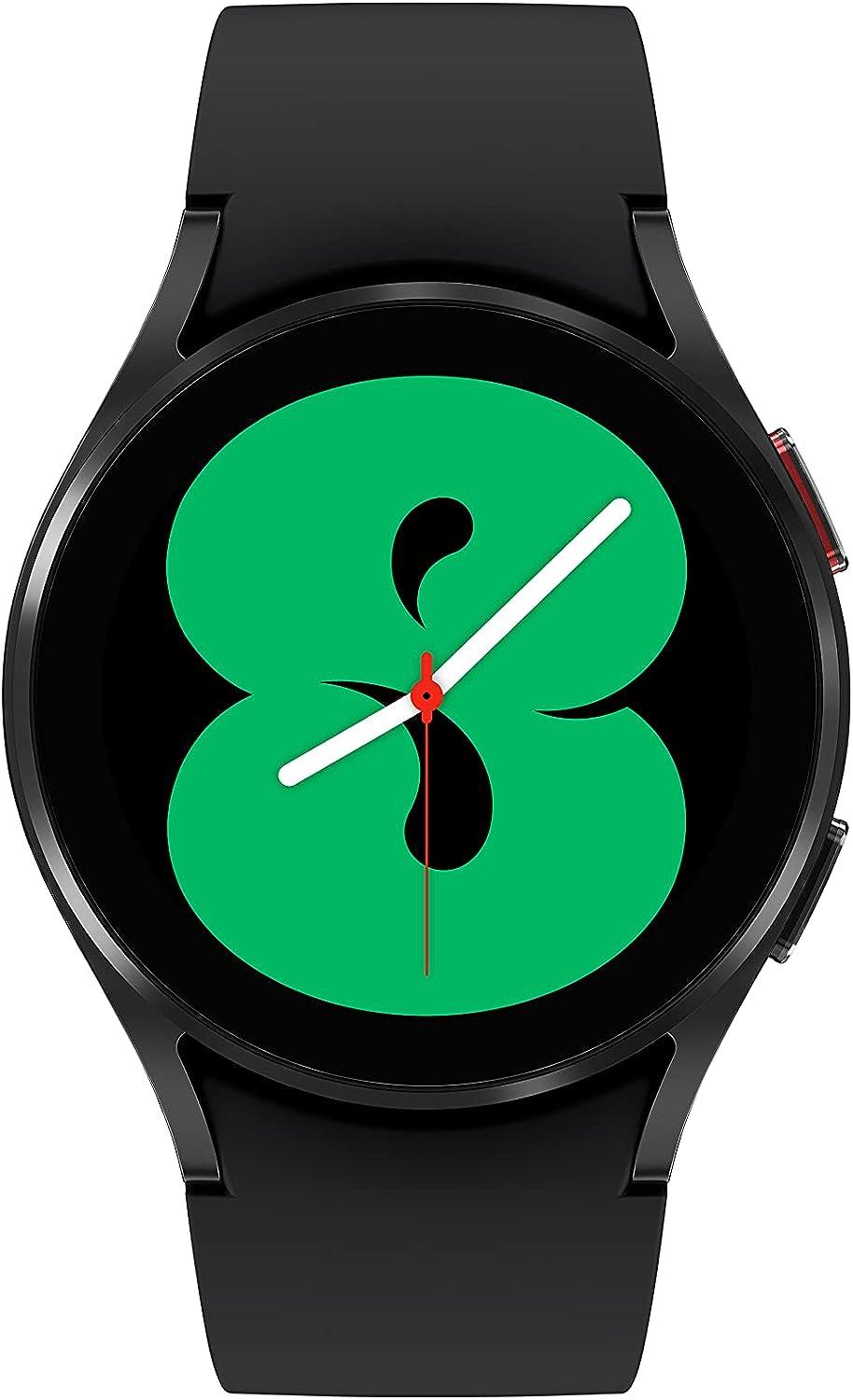 The Apple Watch 7 has a new and improved design compared to the Apple Watch 4, its predecessor. The new design has well-rounded corners and thinner borders for 20% more screen space for users. Its new sizes come at 41mm and 45mm.

Although this is the first major overhaul since the Apple Watch 4 was enlarged to 40mm and 44mm sizes, it isn’t as radical as we had hoped. While reports suggested more drastic changes similar to the flat-edge style of the iPhone 13, it is still round-edged with curvier glass.

While indoors, the Apple Watch 7 has a 70% brighter always-on display. It also exhibits dust protection called IP6X and has a water resistance WR50, which is similar as its previous models and their durability. It also has a battery that lasts 18 hours with extreme use and for 26 hours with regular use. Still, the charging rate of the Apple Watch 7 is 33% faster.

Although Apple Watch 7 is the most recent in the series, it is still far from revolutionary advancements.

The screen comprises a QWERTY keyboard that you can use by tapping and dragging it to form words using QuickPath. While other products have done keyboard typing before, this is the first time Apple has integrated it, and it appears to function quite well.

The Samsung Galaxy Watch 4 has a standard feel to it, but is still impressive. It has the same appearance as the Galaxy Watch, but it is sharper and more complex. It is believed that the software is similar to Tizen, but the Google Wear OS platform is more practical and precise.

However, without the mechanism, the Smartwatch is much thinner, resulting in a modern device that isn’t mistaken for a classic wristwatch.

And if you are a fan of exercise, the Samsung Galaxy Watch 4 is ideal for indoor and outdoor workouts. When you do weightlifting, it will track individual movements, such as arm curls, bench press, lateral raises, and pull-ups. These features of the Galaxy Watch 4’s automatic workout-tracking system was perceived by people as the watch’s selling point.

Moreover, Samsung boosted sleep tracking data for its most recent Smartwatch. The Galaxy Watch 4 measures blood oxygen every minute overnight, whereas the Galaxy Watch 3 measures it every 30 minutes. More SPO2 readings could provide more information about sleep quality, especially for people with insomnia. And when you sleep next to your compatible smartphone, the sounds of your snores are also recorded!

The Key Differences Between The Two Smartwatches

On the other hand, the Samsung Galaxy 4 may have a unique feature such as blood pressure tracking, but this does not imply that it is the superior fitness and health tracker. The Apple Series 7 contains an altimeter and can monitor the Maximal Oxygen Consumption, which measures the maximum amount of oxygen that an individual can utilize when exercising.

The Apple Watch Series 7 has a battery life of less than a day. It can lasts up to 40 hours on a single charge, while the Apple Watch is only at roughly 18 hours with moderate use.

Similarities between These to Smartwatch

These two smartwatches may have a lot of differences, but they have some similar features as well. Both include WiFi and Bluetooth connectivity, and thanks to eSIM support, they can also function as stand-alone devices.

Furthermore, they support Near Field Communication for contactless payments worldwide. Both Apple and Samsung displays support the AOD or Always on Display mode and are both naturally, touch screens.

Best Use of Each Smartwatch

Samsung Galaxy Watch 4 is perfect for people who love to exercise because of its features specifically designed for workouts. The best use of this smartwatch is to track the record of your movements which will be likable for gym rats.

On the contrary, the Apple Watch 7 is good for long rides and travels because of its battery’s lifespan. The 32GB of internal storage is also the biggest factor for this smartwatch. It can store many music and can hold more apps than those with 16GB internal storage.

Ultimately, both of them are good for their respective usage.

The Apple Watch 7 is the winner for this round. It won because of its battery life span and its internal storage. It is important to have a long-lasting battery, mostly for gadgets, because you can maximize its use.

The screen size is also a big factor for the Apple Watch 7. Its 20% more widescreen may just be its best feature. Additionally, the dust protection and its 70% brighter always-on display are also some of the things that sets it apart from other smartwatches.

Do all smartwatches have a blood pressure checker?

No, some of the smartwatches don’t possess the blood pressure checker attributes, unlike the Samsung watches.

Is a Smartwatch durable?

For having such an extremely strong water resistance, dust protection, and anti scratching, smartwatches are, indeed, durable.

Are all Smartwatches the same?

It is important to know that all Smartwatch is not the same. Some smartphones work well with smartphones, and some doesn’t.

The introduction of smartwatches is the biggest trendsetter today. Imagine having such a high-tech wristwatch that can do every aspect of what a smartphone can do. Such a beautiful and efficient watch, isn’t it? You can find a beautiful watch anywhere in the world. But only a smartwatch can provide both the beauty and service that this modern world requires.