Since their inception, video game handhelds have evolved dramatically. Gone are the days of simple, single-minded gaming. Today’s gaming handhelds span the spectrum, simple handheld gaming consoles that transport you back in time to ultra-portable gaming rigs. The list is infinite, from on-the-go gaming to extremely powerful options for high-resolution HDR and virtual reality gaming.

Most people use smartphone apps to pass the time, yet your iPhone or Android wasn’t designed for gaming. These portable game consoles are, and they’re a terrific way to pass the time. They offer a longer battery life, physical buttons, and a plethora of games to keep you entertained for hours.

The PSP 3000 and the Nintendo Switch are two distinct portable gaming systems. They have introduced 13 years apart, explaining the disparities in quality, game selection, CPU speed, battery life, and other features. On the other hand, PSP has become a legend because it was so original. So, let’s take a peek at some of their best features, capabilities, and contrasts between each other. 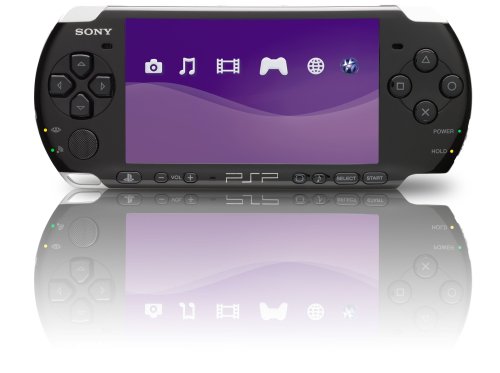 The Nintendo Switch comes with a tablet-like device, left and right Joy-Con controllers. This device also includes Joy-Con grip, two wrist bands, the Switch Dock, a USB-C wall converter, and an HDMI cable. It does not come with any games, though. The Nintendo occasionally offers Switch bundles containing games and accessories for a greater price than the normal Switch. The Switch itself is a simple black plastic tablet with a slight chunkiness. It weighs 10.6 ounces and measures 4.0 x 6.8 x 0.5 inches. But the Switch’s thickness and weight work in its favor. It makes the tablet seem sturdy both on its own and when the Joy-Con controllers are attached.

The Nintendo Switch, like any other modern console, has an uninspiring design. It has rectangles with gentler curves, all portrayed in matte plastics. You may choose between the Neon color option, blue and red Joy-Con controllers, and the plainer all-gray version, which has a more coherent look. In any case, the Switch’s centerpiece is a gray rectangle with a display on it.

The Switch, on the other hand, is quite intelligent mechanically. The console acts as a giant handheld when the Joy-Cons are attached to the side rails. You can also slide the Joy-Cons off in tabletop mode and utilize them individually. A fan grille even sits between the headphone jack and the volume control, keeping the system cool and quiet. The Switch has a USB-C port on the bottom to charge and connect the device to the Switch Dock.

Furthermore, two speakers on the back panel get quite loud and a little plastic that you can flip out of the left side. The kickstand allows you to prop up the Switch on a table while also revealing the MicroSD card slot behind it. Unfortunately, the kickstand feels flimsy, and it’s both thin and near the system’s edge, which means that the stability to stand doesn’t support that much; the Nyko Kick Stand, on the other hand, is only a 5$ replacement made of metal that is much sturdier, even if you don’t quite fix the balance issues caused by the stand being so far off to the side. Internal storage is 32GB, with microSD cards up to 2TB supported.

The console mode is the Nintendo Switch’s second form factor. You dock the main section of the Switch in the provided dock, which links it to your television; you can then disconnect the Joy-Cons and use them to control the Switch from afar. No need to pause your game when you’re playing! Because the console seamlessly transmits the viewing experience from its screen to the television. Everything is taking place in real-time. Detaching the Joy-Cons is a touch difficult, as it requires gripping little buttons on the backs of the controllers and sliding them up. 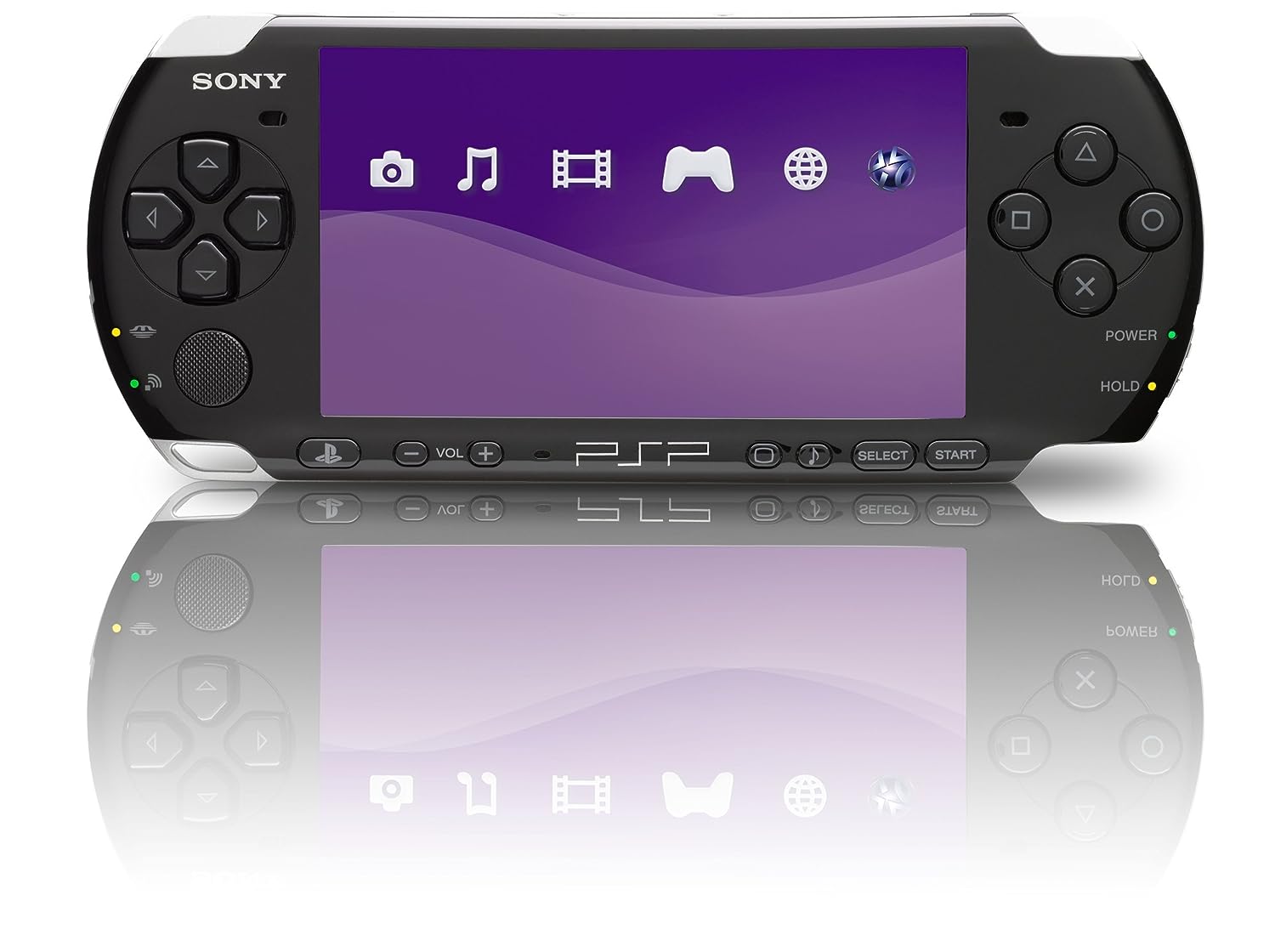 With the battery, game disc, and Memory Stick on board, the PSP 300 has the same thin proportions, 2.81 x 6.63 x 0.63, and is lighter than its predecessor. The 4.3-inch LCD broad screen has been adjusted and is still present. The upgraded screen, according to Sony, now has improved color reproduction, less glare, and less “ghosting” in high-motion scenarios. Compared to the PSP 2000, the PSP 3000 has more color vibrancy. In terms of glare reduction, there’s no difference.

The Memory Stick Duo slot is still located on the left edge of the card. You can use your long nails to open the cover that slides on rubbery plastic tracks, just like the UMD bay. If you’re not purchasing a PSP bundle that contains an MS Dup card, you’ll want to get one that’s large enough (2GB or better). They’re generally accessible for less than $30, but it’s still another annoyance that Sony chose their proprietary format over the more widely used and less expensive SD standard.

The PSP 3000 includes external stereo speakers if you’re not fond of headphones. They provide adequate volume for games and UMD movies, but the volume for videos copied to the Memory Stick has always been a little less potent. A 5-volt AC power adaptor is included with the PSP. However, you may charge it through USB at a slower pace. Those looking to charge their devices through USB should consider the Charge Cable or the Mad Catz USB Data, which costs less than $10.

The PSP comes with a built-in Web browser, but it is here, more than anyplace else, where the lack of a touch screen will be most apparent. Many graphically full-loaded pages will be cramped or broken on the screen, and Flash support isn’t very strong. Using the analog stick to control the pointer of the mouse within the web, on the other hand, is fun. It will provide a better mobile internet surfing experience for many people than they presently enjoy on their phones.

Video footage from UMD discs and Memory Stick can be viewed at DVD-quality 720×480 resolutions, albeit quality varies depending on how it compressed the video. On a widescreen HDTV, this will occupy the entire screen. However, games are on the limit with the PSP’s native resolution of 480×272. A TV that doesn’t have a powerful zoom function needs have to play some games in a windowed mode. The USB mount on the top connection of the PSP is there to accommodate at least two unique accessories: the PSP camera and GPS attachment.

The Key Difference Between The Two Gaming Consoles

Despite Nintendo’s clear dominance in the handheld console market, the PlayStation Portable has grown popular. To achieve this, Sony used a simple but effective marketing strategy. If Nintendo was a market leader, Sony chose to release a portable version of its most popular stationary systems, the PS1 and PS2, with much-upgraded multimedia features that proved to be a very effective option.

The atmosphere and nostalgia we get from God of War, Spider-Man 3, Dragon Ball Z, Grand Theft Auto, and other PSP games is legendary, and many people miss playing them. And with PSP being one of the means in playing those games, chances are, you liked them all when you were younger.

Many classic titles are already available on the Switch. It all started with the Legend of Zelda, and since then, games like Mario Tennis Aces, Kingdom Battle, Mario + Rabbids, Splatoon 2, and the Incredible Super Mario Odyssey have followed suit. The Digital eShop now has a good number of interesting indie games as well as surprising amount of Neo Geo classics from the Hamster Corporation’s ACA Neo Geo series.

Many good titles, such as Lumines Remastered, Mario Kart 8 Deluxe, Okami HD, Bayonetta 2, and the World Ends With You: Final, have been released separately by Nintendo and other publishers full Switch ports. Night in The Woods, Stardew Valley, Undertail, and scores of more critically regarded games are all represented.

Similarities Between The Two Gaming Consoles

The Nintendo Switch introduces a basic concept that applies to virtually any game, not only those that support motion control or a second screen. Who hasn’t fantasized about packing up their console and moving it? In general, the Switch does a fantastic job with this hybrid concept. You’ll find it to be a robust, premium-feeling handheld that, if and when needed, can be docked and function more or less like a home console.

As you read this, Sony’s re-brushed and buff-up PSP 3000 handheld video game system should be dangling from plastic store hooks or resting in tidy little rectangle stacks on shelves, but should current PSP owners consider upgrading? The PSP 3000 is essentially a point upgrade to Sony’s PSP Slim and Lite, lighter, quicker, and slimmer. The PSP 3000 includes a brighter, faster LCD, handheld console, and a built-in microphone.

Best Use of Each Gaming Consoles

The Switch is a fantastic game console as well as a fantastic portable. More significantly, it’s an incredible library of must-play games from Nintendo and other studios. It routinely receives notable new titles and ports of older games that you can now play on the go. The imaginative design of the Joy-Cons adds the spice and entertaining possibilities of the system and enables initiatives like Labo.

While the PSP’s rich media and online capability are amazing, gaming on the move will take precedence for most purchasers. Yes, Nintendo’s DS continues to dominate the portable gaming market in terms of units sold, but many consumers want more sophisticated games than the DS provides. The PSP will be a pleasant breath of new air for those who can’t stand the cute and lovely antics of a Pokemon, Cooking Mania, Mario, or Animal Crossing game. The graphics on the PSP are also notably superior to those on the DS, with games practically matching those on the Playstation 2.

The Nintendo Switch is the winner of this gaming console bout because of its bold and ingenious game system concept that delivers on its promise of seamless switching between home console and mobile play. The Switch boasts the graphical capacity to run the best-looking graphic Zelda and Mario games ever, and the Joy-Cons are smart, flexible controllers that enable the device to work in various ways.

The sheer number of gaming options is astounding. Even with the short battery life, the ability to take the system anyplace without worrying about cords is one of the most useful features we’ve seen in a home game system yet. It’s become a regular part of everyone’s daily routine.

People have spent much more time online playing computer games since the virus halted outdoor activities and enjoyment. Players might visit each other’s islands, attend events, and even offer and receive gifts in games. Modern mobile gaming systems allow players to play sports or fight together in epic battles from the comfort of their own homes.

1.) When did the Nintendo Switch came out?

Check the most popular products today and see what they can do. Product Fight covers you in this regard! We cover Lawn & Garden, Electronics, and Computer & Accessories. You can trust us to provide you with the best and only the best!