For many people worldwide, cell phones have become a need. The ability to communicate with family and friends, as well as access to email, are just a few of the reasons why cell phones are becoming increasingly important. To name a few of the capabilities of today’s technologically progressive cell phones, they can receive and place phone calls, store data, take photographs, and even be walkie-talkies.

IIt took a long time for users to become familiar with mobile phones because they are costly, and some even require a base unit that has to be point out with the phone. The lack of good reception was also a big issue, and you could only use early mobile phones in areas where the signal was exceptionally strong. The difficulty of utilizing a cell phone became less of a barrier as technology progressed. Cell phone coverage has substantially increased because of satellites and wireless services.

The cellphone world has advanced that these two cellphones are the hot topic for today’s similarities, differences, and best use comparison. Xperia PRO-I 5G vs. Galaxy Z Fold 3 5G , the fight is on! 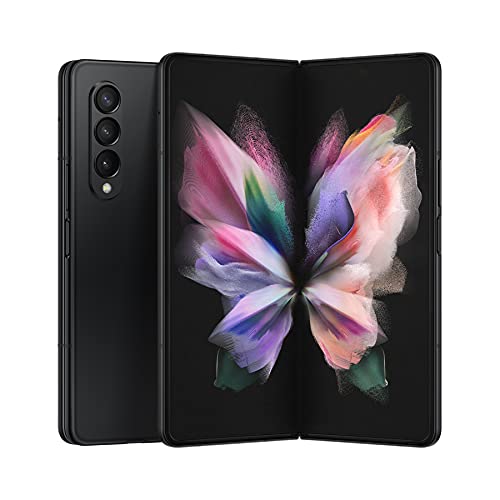 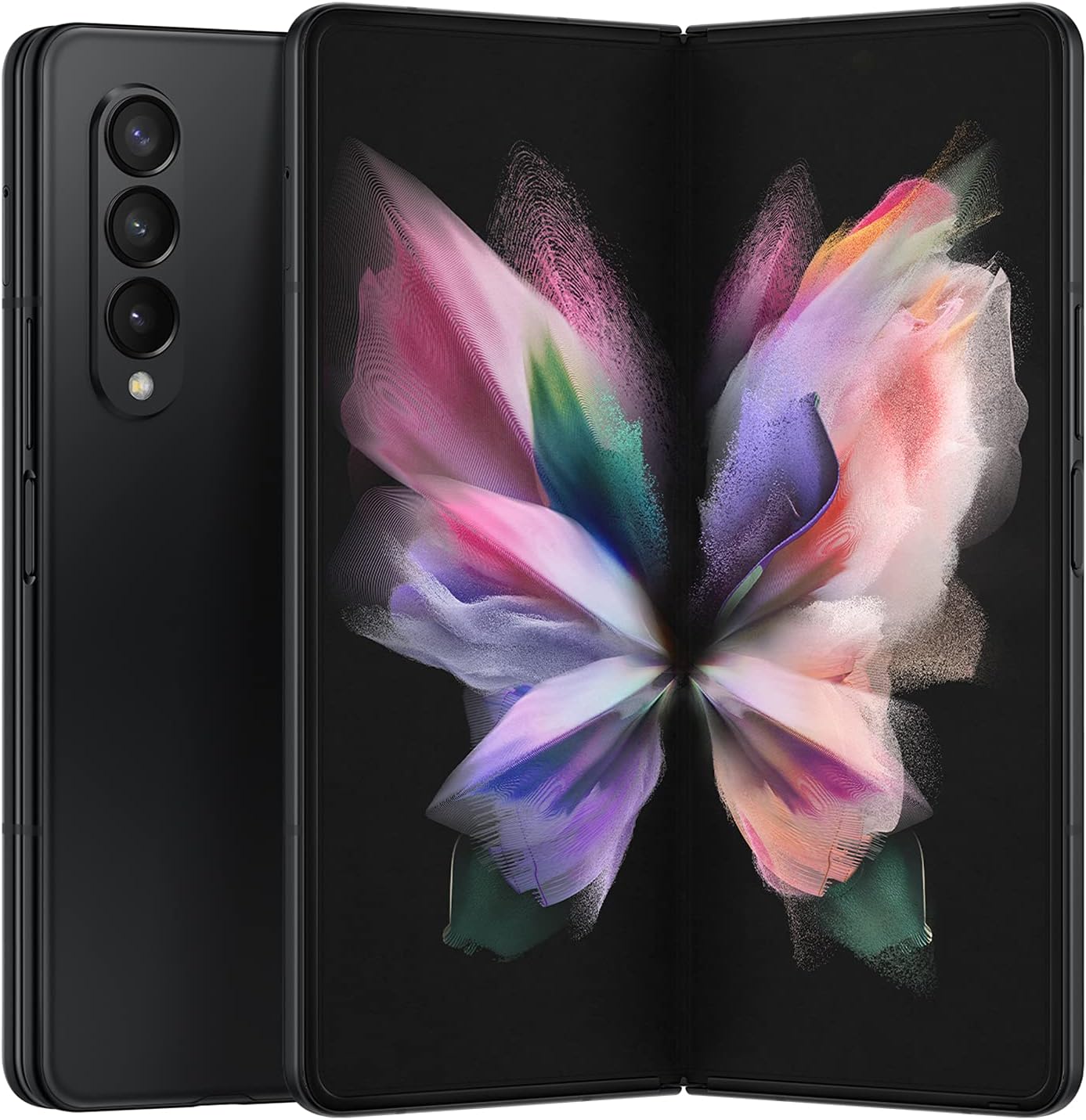 The Xperia Pro-I is the real deal, the phone is the camera, and the Xperia Pro-I is the main act. Sony installed a 20MP 1.0 type sensor inside the Pro-I, and they highlighted that it’s the first one this size with phase-detect AF on the phone. But! They don’t disclose that the Pro-I isn’t using all of it—only 12MP. The other cameras aren’t very impressive, but they make up a capable trio, with an autofocusing ultrawide on the moderate end of the ultrawide spectrum rather than the extreme.

Across the board, the Sony Xperia Pro-I is a solid phone. With premium glass and metal combined with welcome photography-focused elements like that shutter release and textured frame, it has a Sony-like style that is also the flagship. It has a crisp and vibrant screen as well, albeit, in direct sunlight, it can be a little bland. Sony’s user interface is consistently tidy and only a few degrees off Android’s default.

There’s very little lacking from the Xperia Pro-I with its flagship power, 512GB storage. SD card support and fast 5G connection rates – wireless charging is the sole feature that comes to mind. However, the majority of the time, your taste in picture processing will determine whether or not you should acquire this pricey camera phone. There are many controls on the right side, including a volume rocker, a fingerprint scanner/power button combo, a shortcut key, and a camera key.

Compared to the Xperia 1 III, the Pro-core I’s specs are very similar to the Xperia 1 III, with the PRO-I running the same Android 11 operating system and having the same Qualcomm Snapdragon 888 processor. It also has the same 4K HDR OLED display with a 120Hz refresh rate, no notches, and a 4G and Wi-Fu 6 connectivity. It’s also easier to hold because it’s narrower than comparable 6.5-inch phones. You can have all of these features for only $1,438.40 on Amazon.

Now, if we’re talking about size, it’s a big piece of equipment. The metal frame is sturdy and rigid, with grooves running around four sides. A Gorilla Glass Victus protects the display, and the back is covered by Gorilla Glass 6. The glass panels are flat where the two materials meet, and the aluminum frame is beveled, creating a seamless transition. Although the phone seems heavier than its 211g weight suggests, the materials fit and finish are excellent. At the same time, the Pro-I appears to be both powerful and delicate. 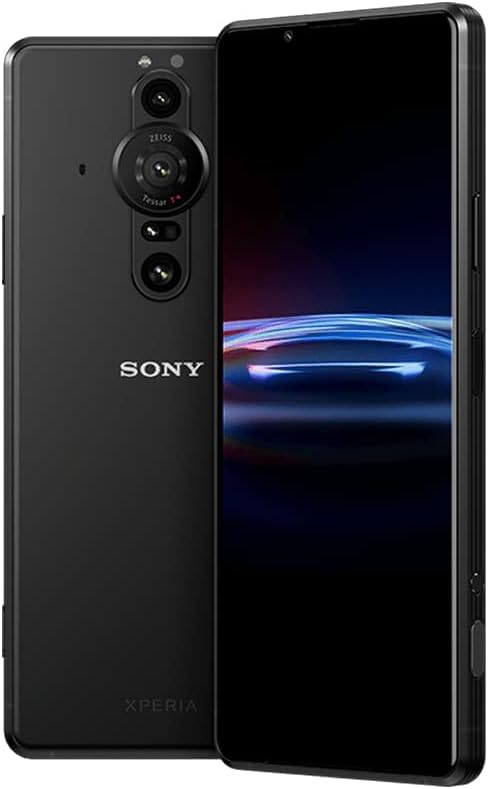 Samsung had to deal with a lot of criticism for its first folding phone once the Galaxy Z Fold, in 2019.The Fold2 appeared to be more mature as early as last year. With the new Fold3, Samsung finally aims to reach a wider audience, evident in the build quality and price. This latest edition has become more reasonable, starting at $1,599.99 on Amazon. There has been no modification in the premise, though. In terms of design, the Galaxy Z Fold3 is fairly similar to its predecessor, although it comes in a wider range of colors and is a little lighter and smaller.

The Samsung Galaxy Z Fold3 5G is slightly thinner and lighter than the previous versions. A glaring 6.2 x 2.6 x 0.63 is the dimension of Galaxy Z Fold3 when folded, making it very thick but yet rather small and easy to grasp. Samsung defines the highest point on the hinge side at 14.1 millimeters or 0.56 inches while the opposite is flatter at 14.1 millimeters or 0.56 inches. The camera hump, which protrudes 2.1 mm from the case and is the thickest portion of the foldable 16.75 mm/0.66 in, is also here.

The Galaxy Z Fold 3 has a 6.2-inch OLED cover display. When you unfold the device, it will reveal the 7.6-inch main screen. Both panels’ smooth scrolling and general performance are noticeable, with a 120Hz adaptive refresh rate. The internal screen’s resolution remains the same as previously, at 2208 x 1769 pixels. The new Eco display technology has a new display 29 percent brighter than before.

The main display of the Galaxy Z Fold 3 is spectacular. And a new under-display camera is a significant part of it. The Galaxy Z Fold 3’s UDC is practically indistinguishable from notch or punch hole, especially when viewing full-screen content like images and videos. You can see the tiny hole when the display is dark on the home screen, but it’s not that visible. The Samsung Galaxy Z Fold3 is powered by a Qualcomm Snapdragon 888 chipset with 12 GB of RAM and 256GB or 512 GB of internal storage options.

It’s running Android 11 with Samsung’s folding UI tweaks; Samsung claimed it’d get Android 12 but didn’t say when. On the Fold series, the firm has committed to three generations of Android updates, thus, Android 14 in this case. When the phone is close, the onscreen graphics benchmarks are blazing fast. They also perform admirably on the large main screen.

The Key Differences Between the Two Cellphones

You can place the Galaxy Z Fold3 on a table with half of the screen open and force any app to display on the top half of the phone; this is ideal for watching a video and, in some situations, making video calls. Because of the Galaxy Z Fold3’s large screen, you may be able to get more done on the fly with it than with other phones without having to open your laptop.

The device’s IPX8 certification, which is water-resistant, is a first for the smartphone. The hinge makes it much more difficult with the not dust-proof, however. It’s simple to open the phone, and you may adjust the angle almost to your liking. The Fold3 closes completely only after a few millimeters. Because the Fold3 now supports the S Pen, the flexible panel gives the impression of being much sturdier.

Basic mode, which is the only choice for an onscreen shutter button and feels the most smartphone camera like software, is available under Photo Pro exclusively on Xperia Pro-I. It makes all the decisions for you. Auto mode is similar to Basic mode, but it also has certain focus options, such as single-shot AF or continuous AF, and the ability to shoot RAW photos. Program auto, manual modes, and shutter speed priority are all available on the phone.

Similarities Between the Two Cellphones

Armor Aluminum body and Gorilla Glass Victus display are engineered to resist scratches and drops, further strengthening the Galaxy Z Fold 3. When combined with optimized main screen layers, Samsung claims that the Z Fold 3 has a new protective PET film with an 80% longer-lasting screen than previous models. The Samsung folding phone makes a strong impression when closed and is also protected on the outside with Corning Gorilla Glass Victus.

It’s easier to hold because it’s narrower than comparable 6.5-inch phones. On the other hand, its lengthy format is awkward for single-hand use, so you’ll want to use it with both hands-free. The Xperia PRO-I is a rugged phone in terms of design, using Corning Gorilla Glass Victus on both sides. Despite this, you’ll want to invest in a protective case, not least because of the slick surface. It also has an IPX5 and IPX8 rating for water and dust protection and an IP6X rating for dust resistance.

Best Use of Each Cellphone

The Galaxy Z Fold3’s large screen is ideal for games. Most games, especially those that are open-world, adapt well to the size of the screen. It also gives you more space to walk around and accomplish things. The primary screen is smooth at 120 Hz. The processor can handle even the most intensive games, such as Genshin Impact, without breaking a sweat. On a big screen, walking about the world of Genshin is still more immersive than on the phone.

On the other hand, the Xperia PRO-I is best for photography. The Photo Pro app will, in the end, appeal to people who are familiar with the art. The Xperia PRO-continuous I’s AF, like that of the current Sony Alpha cameras, is outstanding in various situations. It boasts 315 (21×15) phase-detection AF points that span 90% of the frame, and all three lenses have phase-detection AF. The recent addition of real-time tracking straight from the Alpha family of mirrorless cameras helps with this.

Samsung has retained the title of the best phone in this bout, making it the winner today. You get a more durable design, greater multitasking capabilities, and better screens. Little less than the last time. The under-display camera is a step forward in design. It allows you to see more of the screen when not in use. However, sacrificing the 4MP camera’s image quality must take point.

Samsung is also best for collaborating with developers to make more foldable-friendly apps. It’s a good phone for those ready to spend a premium for a phone that can also be like a tablet.

You can utilize a phone as sophisticated and technologically advanced as your home computer in terms of functionality. Cell phones have become necessary for most individuals worldwide. Due to its advantages, large range of devices, and lower prices. The cellphone world always emphasizes the necessity of utilizing a cell phone in a country.

You cannot overstate the importance of phones in our daily lives as a result. It’s true that it is simple to use, reasonably priced, and has addressed previous flaws. Still, it also provides you with convenience and ensures your personal safety, security, and emergency assistance. Better to look for the best cell phone for you before buying one. Product fight is always here for you whenever you need help choosing one!

How old is Sony Xperia?

February 9, 2013, was the debut date of the first Sony Xperia release.

How old is Samsung?

What was the first product Samsung created?

The first product Samsung created was the Samsung Electronics-branded TV and released in Korea in 1972.

When did Sony start?

1946 was the year Sony Corporation started. At first, it was a radio repair shop in a bombed-out department store.

What was the first product Sony created?

The first product Sony created was an electric rice cooker in 1958.