You are probably wondering how those free royalty images on the internet have perfect quality. You might also be thinking just how good the cameras that captured them are. It will be beneficial to have a high quality camera such as a mirrorless one that has great features. Imagine getting a full-quality shot of an insect that is a hundred times better than when captured by iPhones and Android phones. Cameras may not seem like the talk of the town today, but some people still want to get their hands on these extraordinary devices. Because who wouldn’t want a rainbow aesthetic at least once for their shots.

Moreover, it’s been a while since people have talked about cameras in this world full of phone specs and computer upgrades. But despite the prominence of these other gadgets, cameras are still the go-to option for some aspiring photographers and remain a weapon of choice for professionals. Capturing the perfect pictures because every aspect, both camera settings and external factors, aligned is one of the best experiences for every photographer.

And achieving the perfect photo is made even more possible by these two leading cameras of our generation. So without further ado, let’s check out their similarities and differences with each other. 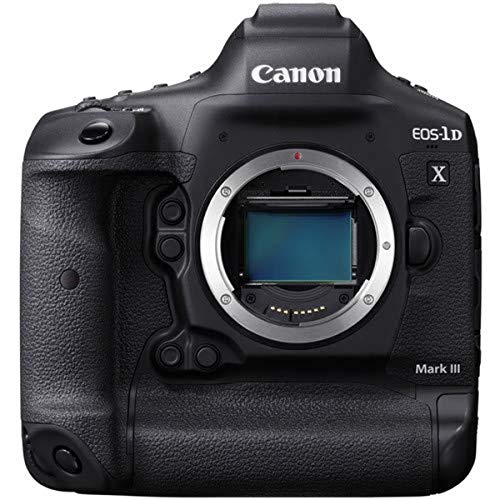 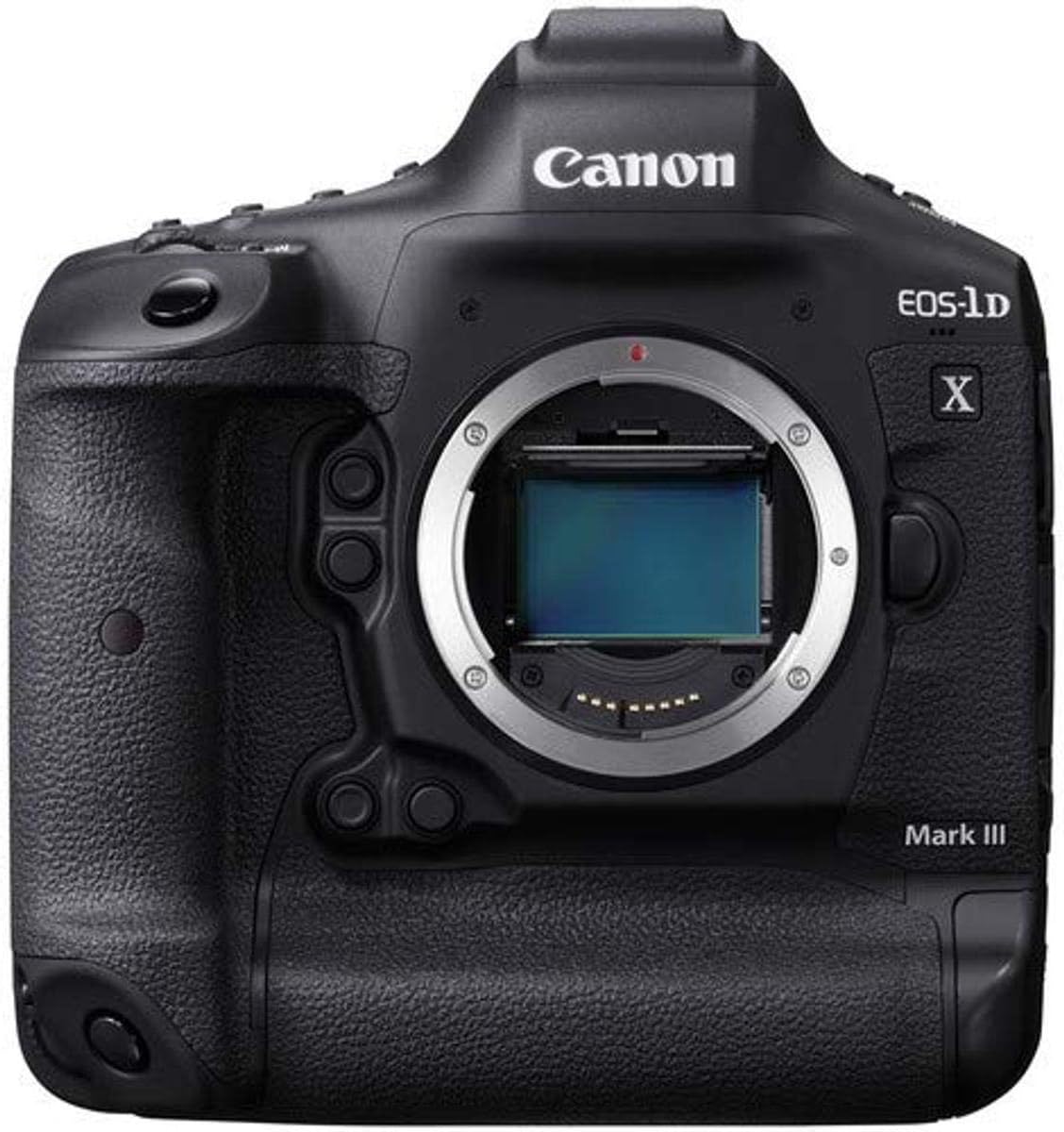 The Canon 1DX Mark III is the new professional standard for full-time pro sports and all types of shooting. This Mark III includes even quicker frame rates, and an improved all-new autofocus mechanism that now follows eyeballs in real-time through the optical finder.

The magic back controller inside each AF ON button for vertical and standard grip orientations is one of the best features of this camera. This is also much better than thumb clickers. By simply sliding your thumb over either AF ON button, or anything you’re managing, such as AF Area selections or scrolling through zoomed photos, will follow your thumb’s exact position. Nothing else compares once you’ve experienced it. It detects your fingerprints and moves in lockstep with them when you move your finger around.

In fact, around 70% of the top-end pro-action market belongs to Canon and the 1DX Mark II. Just pay attention at what the cameramen and media personnel are using for major news coverage or pro sports events broadcasted on TV. Also, Nikon has only around 29% of the market, and Sony has about 1%. But what makes the 1DX Mark III rise above beyond its competitors is that rather than just having a stunning animated finder display, it actively tracks lens-focus and provides in-focus shots.

This camera may be the successor of the excellent 1DX Mark II, but both still provide these similar attributes:

Furthermore, the 1DX III is the world’s most advanced professional camera. This is so because of its overall functionality thanks to factors including speed, ergonomics, image quality, adaptability, and durability. So, if you don’t mind something hefty and pricey, then this camera will serve you well. With these type of cameras, autofocus has always been quick. It can lock and track almost anything which never misses a shot. The Mark III and prior models haven’t been called the best pro sports camera in the world for nothing. 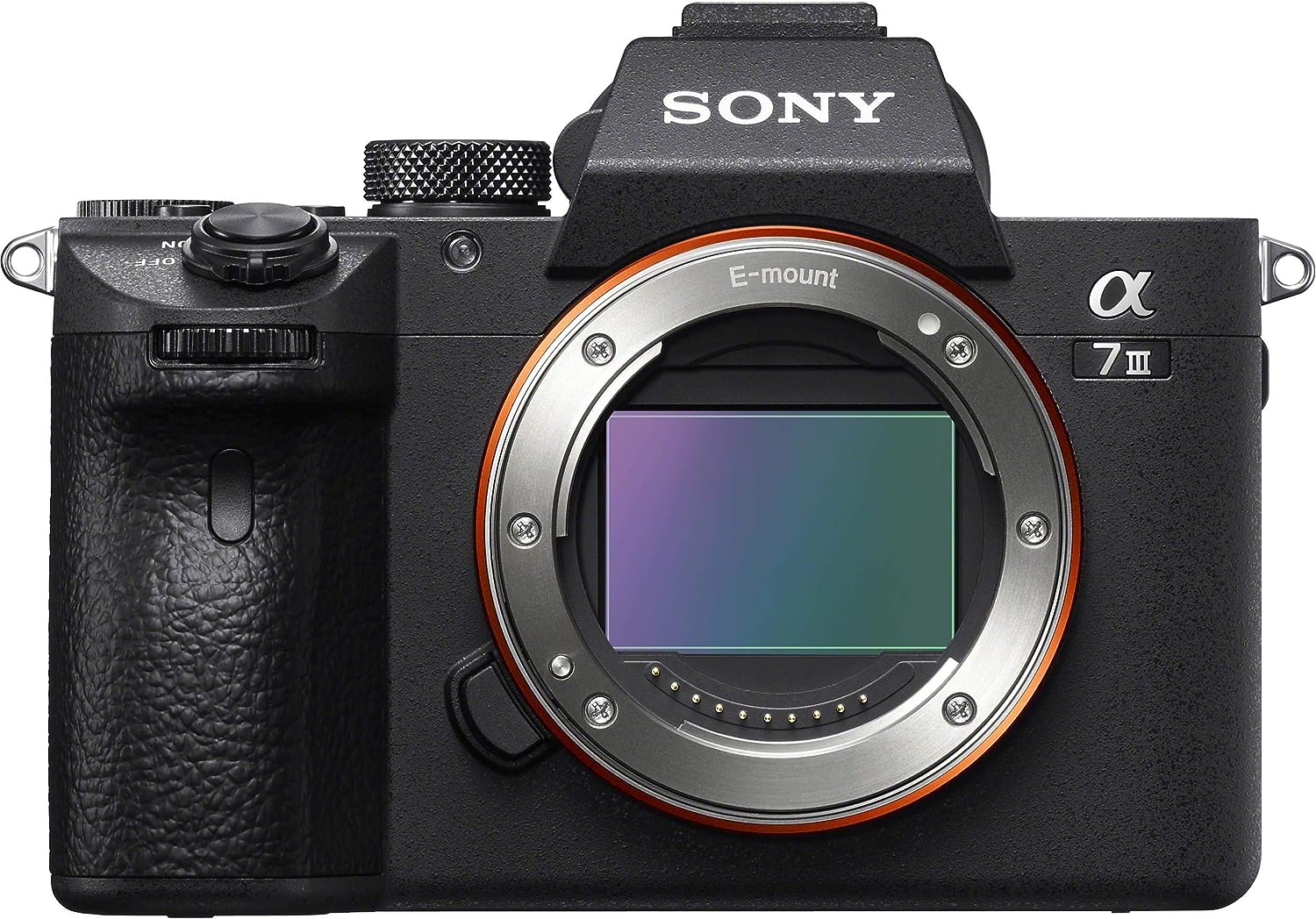 The Sony A7 III is the best full-frame mirrorless camera ever made, dollar for dollar. It is a brand-new, cutting-edge camera that offers the same performance, functionality, and quality like Sony’s other two top full-frame cameras from 2016, the A7R Mk III and A9, but for half a price. This A7 III runs in complete silence at 10 frames per second with full autofocus.

Silent photography gives a whole new universe of possibilities, especially considering places where photography was previously restricted or improper. You can now shoot anything, anywhere with this camera on hand. You’ll be able to shoot at ten full 24MP frames per second in quiet mode, even in raw, thanks to the A7 III’s large buffer. In comparison, those who took every single frame with the pro-Canon 1DX MK II and Nikon D5 in silent mode still exhibited noises. Also, the most audible types of cameras are the professional DSLRs.

Another feature that this camera boasts is its facial recognition autofocus across the entire frame, rather not just in the center. Autofocus is virtually quick with the correct lenses, and even competent consumer lenses can track fast-moving targets in the dark or at night. The A7 III immediately recognizes faces, focuses on them, and tracks them as they move around if you select face recognition in a menu. It performs admirably in this regard.

As for portrait photography, the A7 III has the capability to identify and concentrate on faces instantly by tracking them as they move. If you photograph people or events, the A7 MK III will make your job a lot easier. You’ll never have to manually choose AF regions again. That’s how good it is. But of course, let’s not forget that it has eyeball focus, which allows it to detect both eyeballs and faces.

The Key Differences Between The Two Cameras

The Canon EOS-1D X III, which was released in Jan 2020, is a professional DSLR camera with a 20MP full-frame sensor. In contrast, the Sony A7 III, released in Feb 2018, is a professional mirrorless camera with a 24MP full-frame sensor. Given the 22-month gap between the two cameras, the younger EOS-1D X III would still have an advantage, particularly in sensor technology.

Despite certain fundamental differences between these two body types, mirrorless cameras are becoming serious alternatives to DSLR cameras. This is due to size/weight benefits and recent advancements in focus rates making this comparison even more interesting.

When looking for the best camera for several purposes, size and weight are important considerations. The Canon 1D X III and Sony A7 III differ in those, and we’re going to compare them from their respective proportions.

While the Sony A7 III measures:

Another significant consideration is weight, especially when choosing a camera to carry with you all day. The Sony A7 III is substantially lighter, 790 g than the Canon 1D X III, a significant advantage on lengthy hikes. When comparing two interchangeable camera bodies, keep in mind that body weight isn’t the only aspect to consider. You must also consider the lenses used with these cameras.

Similarities Between The Two Cameras

The Canon EOS-1D X III and Sony A7 III use the same full-frame sensor. Their lenses will be identical in size and weight for equivalent focal lengths and apertures. They also have weather sealings in their bodies that make them water and dust-proof.

Additionally, the Canon EOS-1D X III and Sony A7 III have nearly identical sensor sizes. Neither offers a substantial advantage over the other in terms of depth of field control when utilized with the same focal length and aperture.

Which is The Winner?

You may have already decided which camera is best for your needs and budget, but just in case, here’s more information. In this comparison, the Sony A7 III comes out on top. It has higher overall scores and outperforms the Canon EOS-1D X III. It has a higher overall image quality, more features, a smaller body, and more value for money.

Another key element is whether or not picture stabilization is available. In this sense, the Sony A7 III has a significant advantage because it includes sensor-based image stabilization, which implies that all lenses attached to this body will be stabilized. According to CIPA regulations, the A7 III’s built-in image stabilization mechanism can compensate for vibration up to 5 stops.

The Canon EOS-1D X III, on the other hand, lacks this capability, so you’ll need to invest in a lens with optical stabilization.

Are all cameras waterproof?

Do Cameras Have Rechargeable Batteries?

Cameras are designed to have batteries. When choosing the right battery for your camera, make sure that the type is correct according to your camera’s needs. Some cameras use lithium-ion, but some still use triple-A batteries.

Are all cameras touch screen?

Not all cameras are touch screens, but some company adds touch screen features with their cameras.

When we talk about cameras, the first thing that will come to your mind is that this little piece of a device can capture every moment in your life. Whether you’re happy, sad, mourning, enjoying, and many more, you can rely on cameras to document your memories. These devices help us to preserve historical moments and special occasions. After all, famous photographs of unbelievable moments are captured with the help of cameras….forever preserved and beautifully immortalized. But if you are still just starting on photography, a collection of photos that embodies a rainbow aesthetic is great start.

Come and check the most popular products today and see what they can do. Product Fight has got you covered in this regard! We cover Lawn & Garden, Electronics, and Computer & Accessories. You can trust us to provide you with the best and only the best!